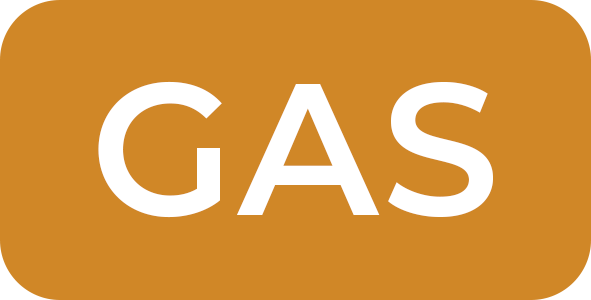 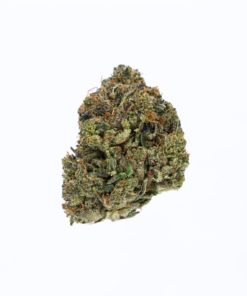 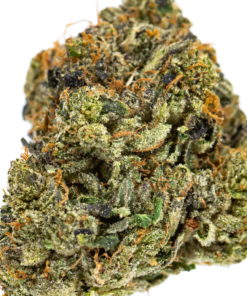 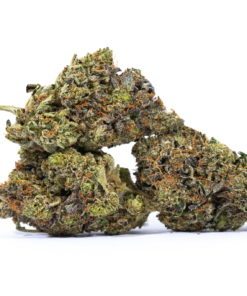 Dank Sinatra strain is a hard-hitting Indica-dominant strain with very potent effects. It is created by crossing Hashplant and the classic LA Affie strains.

The strain is 70% Indica / 30% Sativa and is popular for its heavy and long-lasting Indica effects that kick in almost instantaneously inducing a hazy sleepy relaxation.

Dank Sinatra weed strain has dark-green leaves and dark fluffy buds. Its buds are covered by a frosty layer of crystalline trichomes and bright amber hairs. The hybrid has a dank, diesel-like aroma mixed with citrus and earthy undertones.

It packs an unbelievably high THC level of up to 25%, making it one of the most potent strains out there. Its high THC percentage makes it the strain of choice for more experienced smokers.

With such high levels of THC, Dank Sinatra Strain produces insanely powerful effects that kick in almost instantaneously.  It produces powerful Indica-heavy effects that induce a deep sense of laziness and a hazy sleepy relaxation.

Although Dank Sinatra Strain pot is a strong Indica-dominant hybrid, it can still produce pretty impressive Sativa heavy effects. It produces a strong wave of euphoric head high that energizes the body and mind and promotes positivity.

This makes Dank Sinatra a great strain with an awesome combination of above-average potency and well-balanced physical and cerebral high.

Note that although Dank Sinatra can produce very strong effects, its high isn’t overly overwhelming. Its high begins at the back of the head before oozing down to the rest of the body, filling the user with a sense of relaxation and wellbeing.

Very little is known about the cultivation of Dank Sinatra weed strain. However, from what we could gather, Dank Sinatra is not easy to cultivate, and is best suited for more experienced growers rather than newbies.

Dank Sinatra Strain demands a sunny and Mediterranean climate. It is highly susceptible to common mold, diseases, and mildew, and thrives best when cultivated outdoors.

This strain can grow very tall. As such, growers are advised to allocate enough growing space, especially when growing the strain indoors. It has a flowering period of 8 to 9 weeks on average, and can produce up to 18 ounces of high-quality flower per meter square.

Thanks to its high cannabinoid percentage, Dank Sinatra has a lot of medical uses. Its potent effects kick in super-fast, leaving you in a great mood and happy. As such, Dank Sinatra is ideal for chronic stress or anxiety and depression.

This Indica-dominant strain can also help treat nausea and restore lost appetite. This makes it a great strain for cancer patients who’re struggling with the devastating side effects of chemotherapy and radiation.

Although the Dank Sinatra weed strain has significant medicinal value, it can also produce some pretty nasty side effects. Like any other cannabis strain, users can expect a cottonmouth situation, red and dry eyes when they smoke Dank Sinatra.

On rare occasions, Dank Sinatra may also leave the user feeling dizzy and paranoid. These severe side effects are, however, avoidable and only occur when you exceed your tolerance level.

Seasoned smokers recommend drinking plenty of water before and after smoking Dank Sinatra to avoid common marijuana side effects. You can also take a quick cold shower or engage in physical activity.

The best way to avoid these adverse reactions, however, is by watching your dosage. You’re encouraged to always smoke within your limits to avoid dizziness and paranoia among other severe side effects.

Dank Sinatra is more ideal for seasoned smokers rather than newbies. This Indica-dominant strain packs an insanely high level of THC that allows it to produce very heavy effects.

The strain hits you with a potent heady high first, before transitioning into a hazy sleepy physical high.  It produces very heavy effects that help ease conditions such as chronic pain, stress, depression, loss of appetite, and muscle spasms.

Dank Sinatra Strain is recommended for when you just want to kick back and enjoy some quality time at home listening to music or binging on your favorite TV show.

Have you ever smoked or cultivated Dank Sinatra? Please share your experience with this extremely potent strain in the comments section below. 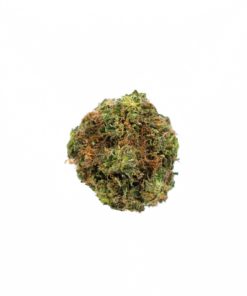 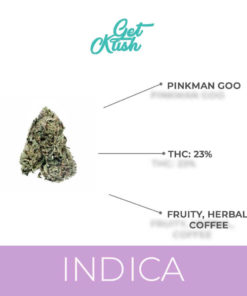 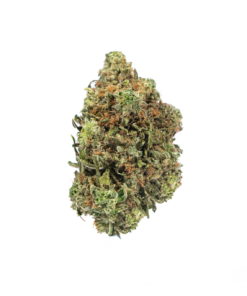 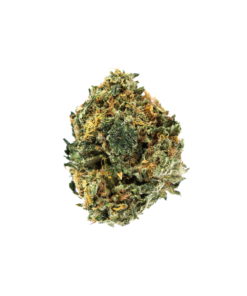