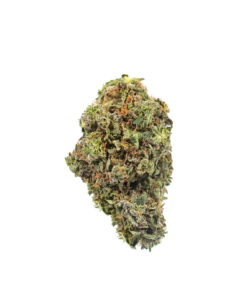 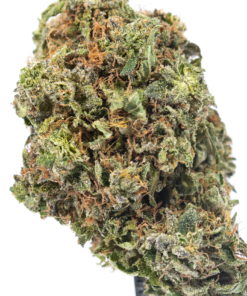 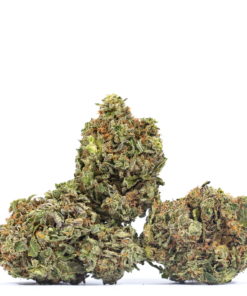 Death Star Strain is the gnarly cross between Sensi Star and the classic Sour Diesel. Known for its uplifting and relaxing effects, this indica dominant strain may be a saving grace for anyone struggling with stress, anxiety, pain, depression, or insomnia and even contains terpenes that may be able to help reduce inflammation. In this nuts and bolts review of Death Star, we will tell you everything you need to know about this peppery tasting cannabis strain, including benefits, origin, appearance, effects, and flavor

What Exactly is The Death Star Marijuana Strain THC?

This indica dominant marijuana strain with a THC potency ringing in at 21.5% is a pungent hybrid of Sensi Star and Sour Diesel. While most consumers reported relaxation as the number one effect from this weed strain, don’t be fooled, Death Star also delivers a vibrant euphoria that’ll complement the relaxation like fine wine and cheese. Kiss your worries and stresses goodbye as this top contender puts you in that California state of mind. Just don’t be surprised if the California state of mind is experienced on the couch, as this is undoubtedly no cannabis strain for rookies. This Ohio originating bud is competing in the big leagues now.

The parent strain and root of its name come from Sensi Star, a legendary indica known profoundly for its high THC potency that delivers an overwhelmingly euphoric body high. The apple doesn’t fall far from the tree, and Sensi Star won placement in 1999, 2000, and 2005 High Times Cannabis Cups. The parent is no scrub, and Death Star follows right in dad’s shoes. Mom, on the other hand, is the commonly known Sativa dominant Sour Diesel strain that is named after it’s potent, fuel-like aroma that is present in its offspring, Death Star. Sour Diesel is known and famous for delivering a hard-hitting, super euphoric high that puts consumers in a dream-like state.

Death star buds will glisten in the light due to their green, leafy characteristics and widespread trichomes. These dense weed nugs are accompanied by many stigmas (orange hair-like things) throughout the buds. Death Star Strain is well known for its peppery, citrus taste that gives off a pungent, earthy smell. The earthy scent is because of the presence of Myrcene, the most common terpene found in cannabis. You can expect these dense buds to give off a hearty amount of kief by the number of sugary crystals that glisten across it. Always good news!

Fasten your seatbelt, because Death Star Strain is not for the weak! This potent indica consistently delivers a relaxed, euphoric high that can be useful for daytime or nighttime use. Though you may not feel the effects of Death Star immediately, be warned, it can certainly be a ‘creeper bud’ (the effects may creep up on you). You can expect a functional high, yet a sleepy one as well. Many consumers report feeling sleepy after feeling the effects of Death Star, though relaxation and euphoria are the more popular reviews of the strain.

Even if Death Star Strain is a ‘creeper bud,’ once the effects consume your body, many consumers report that all of your worries wash away, and you’re relieved of stress and anxiety. Oh, and calling all insomniacs here, Death Star is killer for winding you down at the end of the night and putting you into that laid back, care-free mood that you’ve fantasized about at work all day long. Many consumers report that Death Star Strain delivers uplift in spirit and a feeling of happiness, which could potentially be beneficial to someone that is struggling with depression or anxiety.

Also, let’s be honest, sometimes when we’re a little depressed or anxious, we all could use a beautiful long night of sleep. Death Star’s ‘sleepy’ effects will tuck you into bed with a glass of milk and sing you a lullaby.

Every rose has its thorn, and every strain has its downsides. Unfortunately, our green leafy bud friends aren’t without at least some consequence. Fortunately, with Death Star, the main side effect is older than sliced bread. Yep, that’s right — you’re probably going to get cottonmouth, and maybe dry eyes. Some users have reported dizziness, paranoia, and anxiousness, though dry mouth and dry eyes are much more common side effects. Grab water, lemonade, Gatorade — whatever your poison is. You may need to quench your thirst midway through your Death Star session.

Death Star Strain is a phenomenal strain that comes with a plethora of positive effects and medical advantages that may benefit a large number of people that suffer from some common ailments that this indica can potentially treat. The high THC potency of the strain and modest amount of sleepiness it gives off makes it the perfect daytime/nighttime strain that effectively works for all-around use.

Death Star Strain is a strain that can be enjoyed for recreational and medical purposes alike, while giving off no other common side effect other than the one that’s been around since the beginning of time. Your mouth is probably going to be dry, but something tells me you won’t be too upset about it. 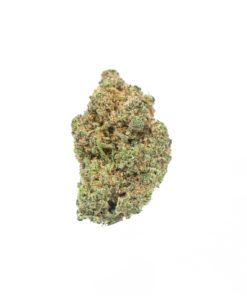 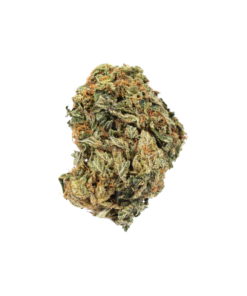 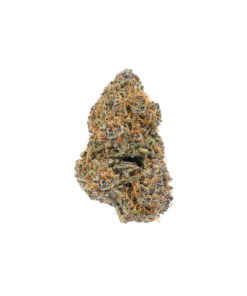