What is House Shatter – Rockstar? Shatter is an extract, which is a type of cannabis concentrate that’s produced using a combination of weed plant materials and solvents. The appearance of shatter weed is typically translucent, though its coloring can range from bright honeylike amber to a darker yellow shade like olive oil.

How to consume House Shatter – Rockstar? Shatter can be dabbed, but not all dabs are considered to be shattered. Referred to as “dabbing,” this popular method involves a small water pipe called a rig with a flat bowl, and a “nail,” which is designed to tolerate high temperatures. In this case, the consumer would be dabbing shatter, but other forms of concentrates can also be considered as dabs.

How to store House Shatter – Rockstar? Ideally shatters are best stored in the fridge (avoid deep freezers). With time and moisture in the air, the shatter may turn into a wax, butter-like consistency. This doesn’t mean the shatter has gone bad, it is a natural evolution of the product over time.

House Shatter – Rockstar, not to be confused with its cousin “Rockstar OG” strains, is an Indica dominant hybrid (70% Indica/30% Sativa) strain created through a cross of the popular Rock Bud X Sensi Star strains. The Rockstar high starts with a cerebral head rush a few minutes after toking which leaves you uplifted and extremely happy with active tendencies and motivation.

As this powerful head high builds, you’ll slowly feel a creeping body buzz wash over you that leaves you completely relaxed in every single muscle, leaving you helplessly couch-locked and in a state of pure bliss.

Weed shatter is an extremely potent cannabis concentrate that gets its name from how it shatters like glass when portioning dosages out. Is it also referred to as BHO, or butane hash oil, which is in reference to how it is created.

Weed shatter is translucent, amber in color, oftentimes pressed into a flat disc, and is either hard to the touch or just pliable enough to bend and break. The fragments of broken shatter are then used to portion out your dosage.

How is shatter different from other concentrates?

Shatter differs in its preparation as well as its texture/consistency. Budders and waxes all involve agitation during their creation process, making for an opaque end product. Crumble is prepared similarly to shatter but heated longer to remove liquid and give the end product a sandy texture.

How is shatter made?

Shatter is made by running a chilled solvent, usually butane, over cannabis flower that is held in place in a thermally insulated device. The solvent extracts the trichomes and cannabinoids from the plant material, after which the solvent is then vaporized to remove the butane from the extracted product.

How is shatter smoked?

Shatter can be smoked in a bong or pipe via the use of a fine screen or by sandwiching it between the flower in your bowl. Many people will also add shatter to joints to increase the potency of their sessions dramatically.

How is shatter vaped?

Shatter is primarily dabbed in an e-rig or banger, but THC shatter can also be sandwiched between some flower in a dry herb vaporizer and then vaporized along with your flower for added potency and effects. It can also be turned into vape oil.

Can shatter be made into edibles?

Yes, one just needs to decarboxylate their shatter first and be absolutely certain when dissolving it into a mix or batter that the shatter is fully melted and incorporated, otherwise there will be uneven potency throughout the finished product(s), leading to some edibles being either too dull or too strong.

How is shatter decarboxylated (decarbed)?

Shatter can be decarbed by placing it in a 250° oven on a piece of parchment paper or a Silpat-lined baking sheet and baking for approximately 25 minutes. Once it’s done and cooled completely it can be used in the creation of edibles or mixed into hot liquids.

How do you store l shatter?

Shatter is typically pressed into a flat disc and stored in a small envelope of wax paper, which is then placed into a resealable bag. Shatter can also be broken up and stored in small jars made of either glass or silicone.

How long does shatter last?

Shatter will last anywhere from one to three years before the THC degrades to CBD and/or CBN. That said, the flavor profile and terpenes will only stay at their best for four to eight months, so THC shatter should be consumed within that timeframe.

How is shatter made into vape oil?

Shatter can be thinned out with natural terpenes that are safe for vaping to make vape oil that is a suitable consistency for a vaporizer cartridge, which usually has ceramic wicks that absorb the oil. The cartridge goes onto a vape pen/battery and the battery heats and vaporizes the oil.

Can shatter be smoked in a bong?

Shatter is typically dabbed through a bong using a banger and torch or nail, but shatter can also be smoked by adding it to flower in your bowl or by placing a screen at the bottom of your bowl and heating the shatter directly with a jet torch or lighter.

Can shatter be used on the go?

Absolutely. Portable dab pens and e-rigs make dabbing shatter while out and about very easy, albeit not as discrete to use as a vape pen or a one-hitter. Shatter can be smoked in pipes as well but will need a screen to prevent the inhalation of hot, solid shatter.

Can shatter be made at home?

Shatter cannot typically be made at home, as it requires a highly flammable butane solvent to be put under extreme temperatures in a specialized vessel. This process needs to be controlled using laboratory equipment in safe surroundings, such as not to risk house fire or harm to oneself.

Can I order shatter online in Canada?

Yes, it is legal to order shatter online in Canada for delivery from any number of dispensaries and retailers. Also, depending on your province, hashish may be available for click-and-collect pickup through a number of services as well, if you wanted to skip the delivery fee. 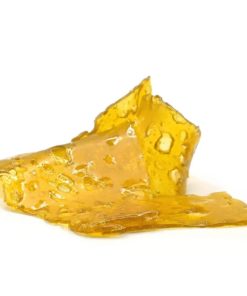 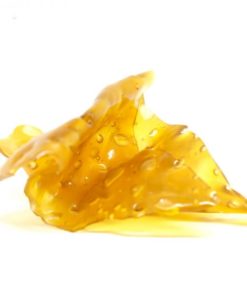 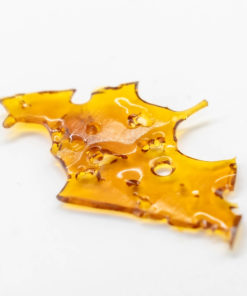 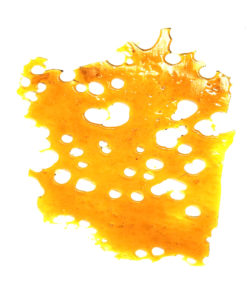