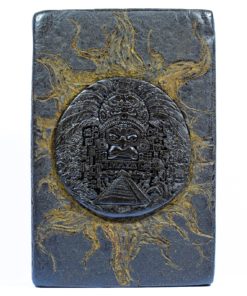 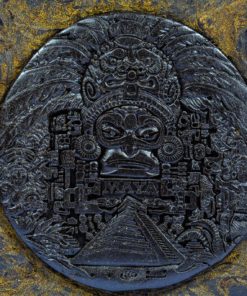 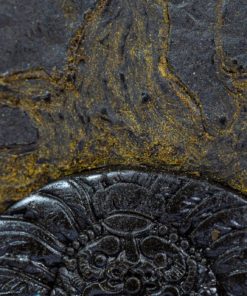 Maya Hash is an incredibly potent (AAAA) grade hash made of only (AAA+) & (AAAA) flower. Said to have been created by the Mesoamerican civilization themselves. This hash is tiers above the rest with its high 55-60% THC Est; Maya Hash will provide users with a powerful buzz that is both euphoric and relaxing. The smoke is smooth, mild, and reminiscent of old-school hash with its’ relaxing body high and sedating nature. Upon exhale, users will find themselves tasting a soft but distinct earthy/dank taste.

Hashish, also referred to simply as hash, is a cannabis concentrate that’s typically inhaled or smoked. Hashish can be made using a few different methods, but the essential steps are removing the trichome glands from a cannabis plant and repeatedly compressing them to form a hardened, solid piece. It’s arguably one of the oldest types of cannabis concentrates, with written texts referring to hashish dating as far back as the 12th and 13th centuries. The varying look and feel of hashish are closely tied to its history and the method used to make it.

How to Smoke Hash

Hash may be used in a number of ways. Traditionally, hash has been consumed orally, either as a solid or infused into a beverage such as the traditional Indian drink bhang. Hash may also be smoked, either on its own or as a way to accompany traditional cannabis flowers. Some varieties of hash that have the ability to melt may also be vaporized on a hot surface, known as dabbing. When dabbing hash, screens are often used due to the fact that some resins leave carbon residue and will not melt completely, or at all. On the other end of the spectrum are high-quality hash oils (not to be confused with solvent extracts), such as full melt dry sift and full melt ice water hash, which has the ability to melt completely onto a nail, leaving zero residues.

Hash vs. Weed: What’s the Difference?

Both hash and weed come from the cannabis plant. Weed typically refers to the dried flowers of the plant, while hashish is a concentrate derived from the resin.

Hash, or hashish, from the Arabic word meaning “grass”, is the accumulation of trichomes that have been separated from cannabis plant material and then either pressed into bricks or pucks for storage and transport or processed into its final form, such as rosin.

What different types of hash are there?

There are three types of hash: dry-sift (or dry-sieve) hash, dry ice hash, and bubble hash. All three involve wildly different methods of derivation from the plant material in order to obtain their respective end results. The most common type is dry-sift hash.

What are the qualities of hash?

Cooking-grade, which is only safe for oral consumption, as it is rife with impurities, half-melt, which is barely suitable for inhalation but possible, as is pressing the hash into rosin at this quality, and full-melt, wish is the highest quality. It is called this because it melts fully when dabbed.

How is hash different from other concentrates?

Hash requires no real solvents or chemical processing to obtain the required material from the plant, generally referred to as a “solventless” concentrate. Generally speaking, all that is needed at a minimum to derive hash from cannabis material is a screen and a flat, clean surface.

Incredibly so. Since hashish is the accumulation of trichomes, which are the glands full of resin on cannabis that give THC its psychoactive components, this equates to a much more potent high per bowl of hash than per bowl of flower.

How is hash smoked?

In a joint, added to a flower bowl in a pipe or bong, or smoked directly through a pipe or bong with the use of a fine mesh screen. Hashish can also be vaporized or dabbed like shatter or budder after it has been pressed into rosin.

How is hash stored?

Hash is generally stored chilled, as the terpenes within the hash will slowly start to become sticky when kept at room temperature for prolonged periods of time. That said, it can be stored in the freezer for years if sealed and wrapped well enough.

Can hash be used to make edibles?

Absolutely! Most hash is intended to be taken orally, with only the upper end of hash quality being suitable for dabbing or vaporization. It just needs to be decarboxylated before ingesting to turn the non-psychoactive component in the hash, THCA, into the psychoactive THC.

How is hash decarboxylated (decarbed)?

Hash is decarbed in an oven-safe glass container with a tight-fitting lid, which is then placed in a 250° oven for 30-40 minutes. Let the container cool completely before opening the jar and then your hashish is ready for use in making edibles.

Can I order hashish online?

Yes, it is legal to order hashish online in Canada for delivery from any number of dispensaries and retailers. Also, depending on your province, hashish may be available for click-and-collect pickup through a number of services as well, if you wanted to skip the delivery fee.

Is hashish a depressant?

While some strains of hash may have effects similar to a depressant, it isn’t one. Other strains may have a bit more of a stimulant effect, so it simply depends!

How does hashish act in the body?

In the body, the cannabinoids within hash work with the endocannabinoid system to produce the hallucinogenic and therapeutic effects commonly felt by hash.

Is hashish new to the cannabis community?

No! Hashish has actually been used for centuries by ancient civilizations. While the consumption methods were slightly different, the idea of hashish is actually centuries-old.

Yes, hash is a super potent form of cannabis. It has extremely high THC levels that are best for the most experienced, comfortable cannabis consumers.

How popular is hash?

Over the years, hash has lost a bit of popularity, simply because of all the new products available on the market. However, hashish consumption is still going strong and the extract is still very popular among older, more traditional cannabis consumers. 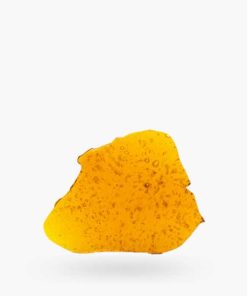 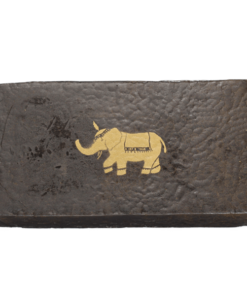 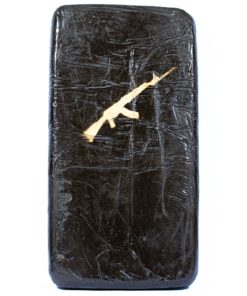