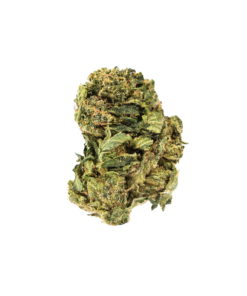 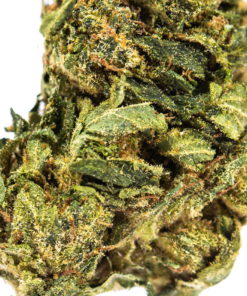 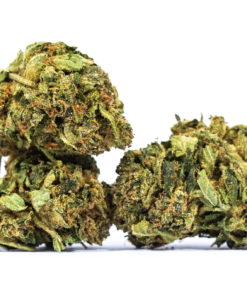 Though not particularly potent – THC levels for Snow Bud typically fall between 16% and 18% – Snow Bud is an effective medical tool for patients with anxiety and low mood. The high, what there is, is almost entirely cerebral, with a dose of happiness. That suggests the Sativa genes are dominant in this hybrid from the Dutch Passion seed bank in Holland, though the exact Sativa/Indica ratio isn’t widely known. Neither is the CBD content of Snow Bud, which is likely a descendant of an Afghani landrace and a South African strain. But the limited information available on CBD suggests there’s not enough of it to effectively treat seizure disorders or other medical conditions that respond to that cannabinoid. The smell of this strain is decidedly Skunky, with hints of cinnamon, while the taste is essentially the same. There are few reports of common adverse effects, but dry mouth and red eyes are typically the most likely. Snow Bud occasionally appears in medical marijuana dispensaries in the American Southwest, but it might also be found on the West Coast.

Everything About Cannabis Edibles
What is Cannabis Budder/ Weed Wax

What is hybrid weed?

Hybrid weed is a term referring to strains that are cross-bred from two or more individual strains of sativa or indica weed. Hybrid weed tends to offer more of a balance between the two, or more, strains that comprise its genetic makeup.

How is hybrid weed created?

Hybrid weed is created by cross-pollinating two individual strains to create a new strain of weed that retains the better characteristics of both parent strains. This is done in an attempt to negate or offset some of the negative side effects of strains, such as some sativas inducing anxiety.

What are the different types of hybrid weed?

There are four different types of hybrid weed: Sativa x Sativa, Sativa x Indica, Indica x Indica, and Indica x Sativa. The first strain type is the dominant strain of the hybrid, with the most traits being exhibited in the hybrid from that plant (unless it is a 50/50 mix).

Can you make hybrid weed with more than two strains?

It’s absolutely possible. New hybrid weed strains can even be made by cross-pollinating hybrid strains, which would allow potential attributes from four plants, which can then be increased by further cross-pollination with more hybrids, leading to near-infinite possibilities for cultivars.

What are some popular hybrid weed strains?

What is the strongest hybrid weed strain?

Currently, the titleholder for the strongest hybrid weed strain in the world belongs to Chiquita Banana (OG Kush x Banana). THC percentages for this strain come in at over 33%. Second place belongs to Original Glue, coming in at slightly less with 32%.

That will depend entirely on the strain, but those who are used to smoking indicas over sativas or vice-versa should definitely feel some new and interesting effects. The goal is to balance the high out more, so as not to feel everything in one particular area so much.

Do hybrid weed strains retain all of the parent strains’ attributes?

Hybrid weed strains tend to retain the attributes of the more dominant parent, so it will depend entirely on the combination of strains. For example, an indica-dominant hybrid will retain more of the properties of the indica than the sativa, like body sensation and potential for sleepiness.

Are hybrid strains rarer than indicas or sativas?

Actually, hybrids are the most common strains, and it’s believed that most of the indicas and sativas we have available today are hybrids with genetics far from the original strain’s. It is hard to say, as lack of proper THC research over the decades has led to information loss.

What is the difference between hybrid and ratio?

Hybrid weed is made by cross-pollinating weed strains, whereas ratio refers to the ratio of THC to CBD or other cannabinoids. “Ratio” is typically a dispensary assignation and packaging for ratio products will typically have the ratio in #THC:#CBD notation clearly labeled on the front.

Yes. Autoflowering plants are ruderalis strains that are cross-bred with their indica or sativa counterparts to create the auto-flowering variety of a strain. Ruderalis strains will flower regardless of light photoperiod, allowing them to grow year-round. Cultivars utilize that genetic trait to make autoflowers.

How can I choose a good hybrid for me?

Start with a hybrid partly made from a strain you already know you like. Example: if you like the uplifting and energetic effects of Durban Poison but experience increased anxiety, Girl Scout Cookies would be an excellent hybrid, as it combines Durban Poison with the relaxing effects of OG Kush.

Why do people smoke hybrid weed?

People smoke hybrids for many different reasons. Primarily, people enjoy the nice balance of uplifting yet relaxing effects. Many hybrids produce a nice level high that any consumer can enjoy, as they’re not too sleepy nor too stimulating.

Does hybrid weed make you sleepy?

Some hybrid strains may make you sleepy depending on the terpenes and cannabinoids. Hybrids that are more indica-dominant will likely produce more sleepy properties, while those that are sativa-dominant will do the opposite. It just depends!

Are most weed strains hybrids today?

Hybrid strains are incredibly popular today, simply because they’re easy to craft. Pure indicas and pure sativas are a bit harder to come across, but they are still prevalent. So, while many weed strains are hybrids, there’s still a lot of variety available. 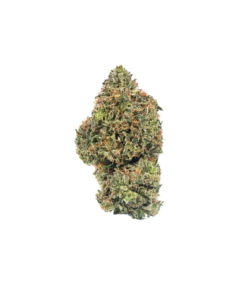 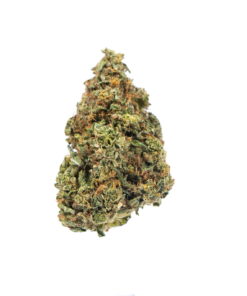 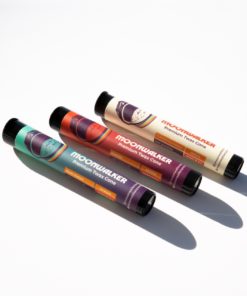 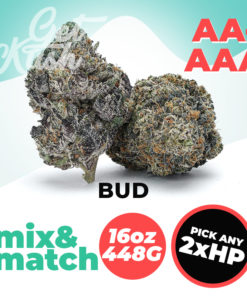