3 Highlights of the Star Killer Strain

Star Killer Strain is an incredibly powerful indica dominant hybrid with insane THC levels of up to 22%. The hybrid is created by crossing the legendary Skywalker OG and Rare Dankness #2.

It is majorly popular among medical patients for its heavy indica effects that ease stress and chronic pain. Its long-lasting effects can also treat depression, anxiety, and insomnia.

This 70%indica/30%sativa hybrid hits you very hard with a powerful buzz of euphoria, leaving you a little hazy. Some users also report feeling a little lethargic and utterly sedated after smoking Star Killer Strain.

Users who smoke past their tolerance level may also feel helplessly couch-locked for hours on end.

Star Killer Strain is a heavy hitting indica-leaning hybrid. It delivers potent effects that leave users slightly energized and perfectly relaxed. Its high kicks in hard and fast with a potent euphoric rush that slightly stimulates the brain.

As the high continues, the user will experience an extraordinary sense of happiness and upbeat spirit.  Its comedown, on the other hand, is incredibly relaxing.

As the buzzing physical high creeps down, the user will feel sedated and heavily couch-locked before falling into a deep and uninterrupted sleep.  Star Killer Strain can be very overwhelming, especially to novice smokers.

Its high THC levels make it an exceedingly potent hybrid that can induce paranoia and dizziness. These unwanted reactions however only occur when users exceed their tolerance levels.

Therefore, we highly recommend starting with a small dose, especially if you’re a novice smoker, and gradually work your way up until you find your sweet spot.

Star Killer strain has very large and beautiful-looking buds. Its forest green buds are spade-shaped with tiny orange hairs and an outer layer of crystalline trichomes.

When touched, the buds leave a sticky resin on your fingers.  The hybrid has a unique flavor profile of lemon and pine.

Regrettably, very little is known about successful cultivation of Star Killer Strain. Nevertheless, our best guess is the hybrid demands a Mediterranean-like environment and can be cultivated both indoors and outdoors.

Flowering time is somewhere between 9 and 10 weeks. Growers can expect around 12 to 16 ounces of high-quality flower per plant.

Star Killer Strain is a great strain for both recreational and medicinal use. The weed strain packs above-average THC levels that make it an effective remedy for a variety of illnesses and conditions.

Star Killer can help you relax and fight your insomnia. It is, however, not the strain of choice for focus and creativity.

It also delivers strong numbing effects that make it the weed strain of choice for inflammation.  Star Killer Strain can also ease mental disorders including bipolar disorder, PTSD, depression, and anxiety. It can also fight headaches, migraines, and loss of appetite.

Like any other hybrid, Star Killer may induce some negative reactions. Users report the usual dry mouth and eyes associated with marijuana smoking.

The strain may also induce a severe case of bloodshot eyes and itchy eyes. Note that these reactions are totally normal and only last for the duration of your high.

The good news is you can easily avoid them by drinking plenty of water or taking a cold shower.  On rare occasions, Star Killer may induce dizziness and paranoia.

These reactions, however, only occur when you smoke more than you can handle.

Overall, Star Killer Strain is an insanely potent bud with a lot of medical benefits. It has high THC levels of up to 22%, and delivers very heavy indica effects.

Its high hits hard and fast with a unique stoney feeling that leaves the user with droopy eyes.  Its potent effects can induce a very severe case of the couch-lock and deep sleep.

As such, make sure to only smoke this hybrid in the evening as it may completely throw you off balance.  Star Killer is a great strain for insomnia, stress, depression, and chronic pain.

It can also fight migraines, headaches, cramps, and inflammation. 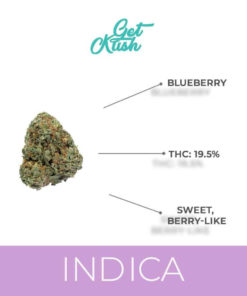 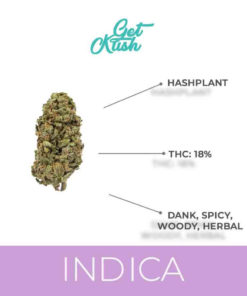 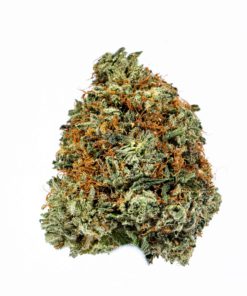 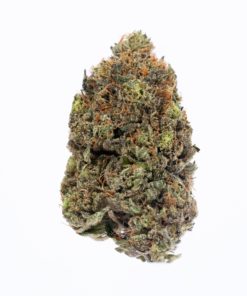