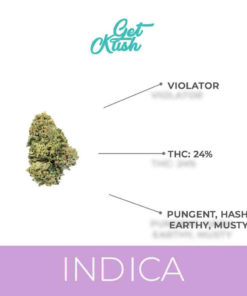 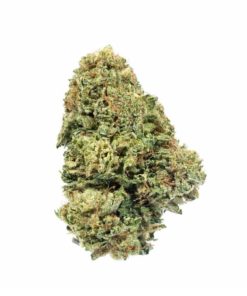 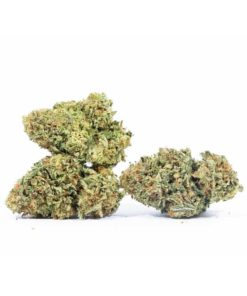 Violator Strain is sometimes all you need after a day filled with nothing but sweet relaxation can prove invaluable for our health and be more refreshing than a cup of premium coffee; and if you can smoke some nice hybrid during that time, it’s all the better. For one, Violator Strain won’t make you feel jittery if you spend a whole day inhaling its vapor and cherishing the stunning aroma and flavors it offers.

Violator Strain is an 80/20 Indica-dominant hybrid with THC levels definitely above the average, as these can reach as much as 17.5%. Being a predominantly indica strain, this cross between the Hindu Kush and Malana provides users with a physical body high accompanied by some slight yet noticeable cerebral effects.

Also, Violator Strain has an impressive CBD content for a typical marijuana strain, averaging around 1.5%.  The Violator Strain cannabis strain has nice compact buds whose color is almost royal-green and threaded through with amber pistils.

On the surface of these astonishing nuggets, you will spot a decent layer of crystal-like white trichomes that make Violator Strain look frosty and a bit magical.  Violator Strain carries a pungent smell that can be described as a blend of a musty and earthy aroma of hash, which is, without a doubt, pleasant.

The fragrance of this hybrid carries over to its taste with a hint of pepper and pine undertones; most users who tried the strain praise it for its delightful flavor.  You won’t have to wait long until the sedative effects of Violator Strain creep into the body.

The majority of people describe this feeling as a tranquilizing body high that makes one feel lazy over time. As we said, this is one powerful strain, so the physical body can intensify to the point where you’ll end up couch-locked.

However, when micro-dosed, Violator Kush can uplift your mood and stir creativity.  While recreational users find Violator Strain a great bud to use for days off, the CBD content between 1.5% to 2% makes it one of the most sought-after medical marijuana strains. It can relieve symptoms of chronic pain, PTSD, anxiety, depression, headaches, and chronic stress.

Users who went overboard with the strain report heavy eyelids with red eyes, and at the same time, constant thirst resulting from the dry mouth. Plus, if your THC tolerance is low, we suggest that you don’t use too much Violator Strain; otherwise, your anxiety may get elevated and even lead to a sudden bout of panic.

Although pungent and potent, the Violator Strain hybrid grows very short and rarely reaches 2 feet in height. On the other hand, it’s a bushy plant with dark green leaves that can handle some bulky resinous buds – and believe us, Violator Strain grows some of the most alluring nuggets we’ve ever seen.

When grown indoors, this cannabis plant flowers in 8 to 9 weeks, yielding between 16 and 18 ounces per square meter. In the outdoor environment, the harvest time is estimated somewhere in the middle of September. By that time, you should have anywhere from 22 ounces of flower per bud, but chances are, you’ll get more. 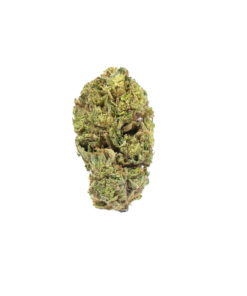 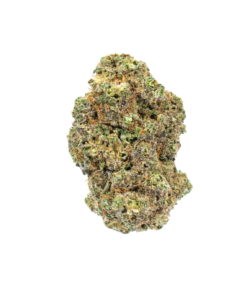 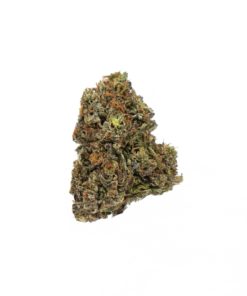 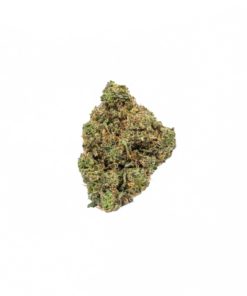