The cannabis concentrate scene is rapidly expanding, with new products and new forms of cannabis being introduced on a seemingly daily basis. With this expansion, it can become difficult to keep up with every product out there, and which ones may be best for us.

One of the newest concentrates on the scene is that of cannabis shatter. More potent than any many other extracts on the market, this crystallized and hard substance creates a unique experience for every cannabis consumer. But, what makes it so different from other cannabis concentrates?

All the questions you could possibly have about this special form of extract are answered below, giving you everything you need to know about shatter weed before enjoying it for yourself.

What is Shatter Weed?

If you’re just beginning to dabble in the world of cannabis concentrates, you’ve probably been hearing some strange nomenclature surrounding the products available to you. One of those terms is “shatter.” Cannabis shatter is a form of highly potent and concentrated extract that has a glass-like appearance and is highly sought-after for its purity. There’s a chance you’ve heard it being referred to as “pull and snap,” or even just another form of butane hash oil, but the concentrate’s unique form appropriately dubs it “shatter.”

Shatter weed is one of the newest forms of cannabis concentrates on the market, as we’ve only begun to see products like this within the past few decades. It was actually the mid-1990’s when the man appropriately named “Budderking,” began experimenting with cannabis concentrates, eventually creating both budder and marijuana shatter. He pitched his ideas to a Canadian smoke shop in the early 2000s, and the rest was history. Since its introduction to the cannabis world, this BHO subtype has completely exploded in popularity.

Today, marijuana shatter is among the most sought-after concentrates for dabbing. Because of its tricky structure, most avoid using shatter for bowls or joints, though vaporizing and dabbing the shards of cannabis allows for all properties to be fully experienced and enjoyed. Dabbing this honey-colored, fragile concentrate tends to produce a euphoric cerebral high, with many consumers are able to still be productive after smoking. Creativity is often boosted while anxieties subside; however, it’s important to note that marijuana shatter is a personal experience and will affect everyone differently. The same can be said for different cannabis strains used during production. 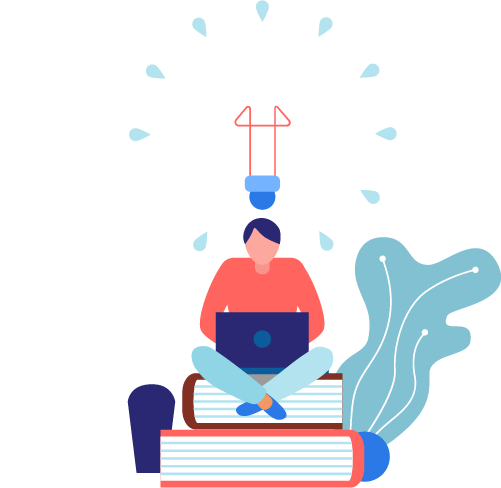 As was mentioned, shatter weed has one of the most unique appearances of all cannabis concentrates—you simply cannot get it confused with other waxes like budder or crumble. Shatter is glass-like and fragile in structure, making it easily breakable, as the name suggests. Typically, shatter wax will be practically translucent with a golden tinge, though it can also appear light yellow and even dark brown. There is a popular misconception that the color of your shatter denotes the quality, and the highest-quality shatters are lightest in color. This is simply untrue: different shades are manifested depending on environmental factors like light and moisture during production.

Compared to softer concentrates like budder, crumble, and even wax, weed shatter doesn’t typically give off any distinct smell. This has to do with the oil’s extraction and purging process, as shatter undergoes extremely strict filtration to ensure its purity and nearly-see-through appearance. Unfortunately, while this does rid the shatter of extra impurities, it also destroys a lot of the terpene content within the concentrate, making it much less smelly and tasty than other extracts. When heated, however, you can slightly taste the flavors and aromas that the remaining terpenes within the shatter produce. The terpenes are determined by the weed strains used during extraction, so flavor profiles will vary from shatter to shatter.

The potency of these fragile dabs is why many cannabis consumers are choosing to turn to shatter for intense highs, rather than flower or edibles. On average, cannabis flower can have THC percentages that range from 10% to about 25% at a typical marijuana dispensary, though you may be able to find a few strains testing slightly higher. Marijuana shatter, on the other hand, can test as high as 90% THC, with the average being in the 60-70% range. This makes shatter and other BHO’s twice, maybe even thrice, as powerful as traditional dried flower. You must keep this in mind when consuming cannabis concentrates, as their high potencies will last in your system longer than with bud, and create a more intense experience than you may be used to. 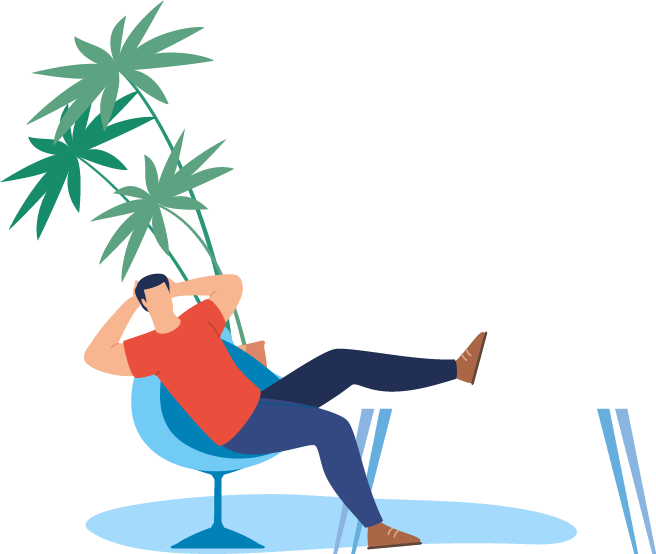 How to Make Shatter Weed

How to Make Shatter Weed

How to Smoke Shatter Weed

Shatter Weed vs
Other Cannabis Products

Placing budder versus shatter, their effects and potencies are almost identical. The biggest difference between shatter weed and other concentrates like budder or crumble truly comes down to appearance. Unlike cannabis shatter, budder and crumble are mixed specifically to create their unique, soft consistencies. Both are thicker than shatter and can be easily molded and handled without breaking. The way that shatter is produced to keep its tight structure also leads to the concentrate being slightly purer than budder, crumble, and other extracts. Weed shatter undergoes one strict filtration process to help guarantee nothing will ruin its glassy look — and course it’s purity and potency.

When it comes to shatter wax and cannabis flower, the two are drastically different. As was discussed, regular dried flower is much less potent than shatter, and the two cannot be smoked in similar ways, either—besides being vaped. Flower also has much stronger smells and flavors, with each strain producing one-of-a-kind aromas. Shatter’s smell, on the other hand, is practically nonexistent until smoked.

Weed edibles are one of the more potent versions of cannabis that utilizes the flower, but it still isn’t as high in concentration as shatter and other concentrates. While edibles can be made with mass amounts of flower to add potency, a lot of it is inevitably lost in the creation process of the edible itself. This makes it nearly impossible for any infused snack to reach THC levels as high as shatter weed. An edible high, though, lasts hours longer than the high you may receive from concentrates, and consuming pot brownies is definitely much tastier than a dab — to each their own. 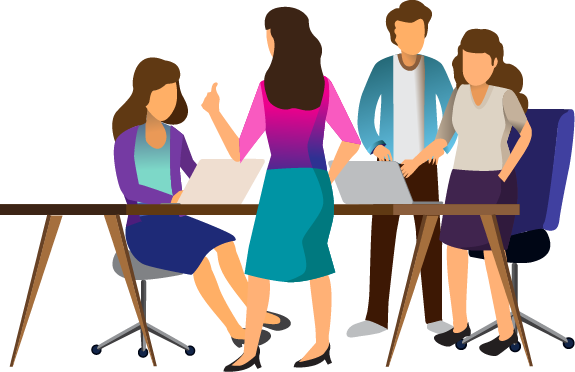 The Many (Medicinal)
Benefits of Shatter

The typical physiological benefits that cannabis and its chemical compounds bring include alleviation from joint and muscle pain, help with preventing bone-density loss, relief from digestive issues, and even the reduction of tremors in those who have Parkinson’s or similar diseases. As Rick Simpson discovered with his own cannabis oil, cannabis concentrates can be incredibly beneficial in reducing painful side effects that come from cancers or chemotherapies, as they suppress nausea, increase mood and motivation, and relieve residual aches and pains. When consumed along with your normal health regimen, the effects can be life-changing.

CBD has been proven to demonstrate similar properties as an antipsychotic, working to relieve anxieties, lift depression, and even help with PTSD-related symptoms. Unfortunately, because of how potent concentrates like shatter wax are, it can be easy to accidentally consume too much and become paranoid or anxious as a result. If you are someone prone to anxiety when smoking, try dabbing CBD-isolates instead! These forms of concentrates are being utilized more and more for their efficacy in helping with mental pains, especially mood disorders. Of course, these isolated forms of shatter weed cannot fully replace your prescribed antipsychotic, but as long as your doctor okay’s the pair, you’ll be feeling like the best version of yourself in no time.

With skyrocketing THC and CBD levels contained in shatter weed, they are able to work with the body’s endocannabinoid system more closely, creating relief more powerful than cannabis lovers ever thought possible.

Potential Side
Effects of Shatter

Keeping in mind shatter’s high concentration of THC is crucial before smoking, as these levels aren’t for inexperienced cannabis consumers. Even a small dab can be too much for someone who has never tried shatter before, so it’s recommended to start with as little as possible to see how your body reacts. Taking too much can cause an uncomfortable experience, but can easily be avoided with proper research and precaution.

In the off-chance that these side effects do occur, the first step to remedy is to remember that it will not last forever. Drinking water and eating a snack is a good way to remind your body of its normalcy, and help restore some internal balance. Then, keeping yourself distracted for the remainder of your high is key. Whether that be by taking a nap or watching or favorite TV shows, simply do whatever you can to get your mind off of shatter and dabs all together.

Buying Shatter
For Yourself

New weed shatter products are popping up daily as more and more consumers are beginning to enjoy the concentrate’s distinct properties. If you’re looking to easily vaporize your shatter, products like the Puffco Peak allow for you to enjoy any type of concentrate without the hassle of torches or dab rigs. Along the same lines, other products like Shatterpens are being introduced, made specifically for shatter strains in wax pens. If you’re not necessarily looking to get totally stoned, but instead feel the intense medical benefits, CBD isolates and crystalline are perfect for dabbing in any type of rig.

Simply search which dispensaries you have near you, and see for yourself the wide variety of products they provide. Reputable websites such as Weedmaps will let you know their prices, average ratings, and reviews of the staff and store itself—practically everything you need to know before you even step inside. But, if you don’t want to ever step inside, you actually don’t have to. Online weed dispensaries like Get Kush, are being utilized in Provinces with legalized recreational marijuana so that consumers don’t have to go out of their way to purchase their cannabis products any longer. Instead, you simply pick out what you’d like online, and have the selection shipped right to you. Cannabis consumption has truly never been easier.

On the Road to Dankness

No matter what type of weed shatter product you choose to purchase, or how you choose to smoke it, being safe is what’s most important.

Regardless of how experienced you may be in the cannabis world, make sure to always properly dose your dabs and try not to take more than your body and brain can handle. Doing this will ensure that every shatter experience will be better than the last. 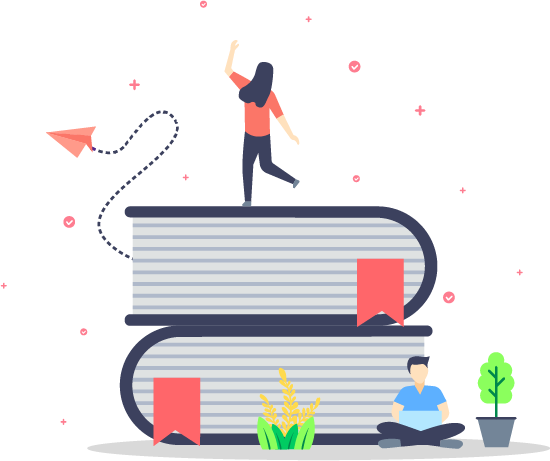