Gelato is a potent weed strain created through crossing Sunset Sherbet and the infamous Thin Mint Girl Scout Cookies.  This dank bud has an identifiable sweet berry-like smell with small notes of citrus and lavender. This indica dominant hybrid is 55% indica and 45% sativa. It is known for its long-lasting indica and sativa effects and a combination of delicious flavors.

Gelato weed strain is not your typical indica hybrid. It is hard-hitting and delivers some incredible effects that may relieve chronic pain and fatigue. The hybrid has also been shown to ease depression, inflammation, bipolar disorder and fibromyalgia. Its THC levels range between 20-22%, allowing it to deliver potent effects that induce creativity and motivation.

While Gelato weed strain may leave you completely couch-locked for hours on end, it is not exceedingly overwhelming. Instead, it delivers a delightful sense of relaxation that leaves you happy and completely pain-free.

A Gelato high includes a potent cerebral stimulation and creative energy which gradually develops into a full-body physical high as the high intensifies. This leaves the user in a state of perfect relaxation and happy.

Gelato strain is ideal for novice users as well as those with low tolerance level.  Although the hybrid packs above-average levels of THC, its effects aren’t exceedingly overwhelming. Its effects are long-lasting and fairly potent, making it the perfect daytime and evening delight.

Its fairly potent effects include a wave of giggles and joy. You’ll become more talkative and sociable, making Gelato perfect for social interactions.

Gelato buds are large and very dense. The grape-shaped buds are forest green in color with orange and purple hairs, sticky resin, and white crystals. The hybrid has a distinguishable sweet berry-like flavor with notes of citrus and lavender. When it comes to aroma, the hybrid has a sweet blueberry aroma with orange and earthy undertones.

A Gelato smoke is actually pretty gentle and smooth meaning it doesn’t irritate your throat.

Gelato is one of those weed strains that are fairly easy to grow. Novice growers will have a lot of fun cultivating Gelato strain because it doesn’t require any special skills. It is also fairly resistant to common mold, pests, and diseases, and can produce a sizable yield.

For successful cultivation of Gelato, growers are advised to make sure their plants receive ample sunlight and warmth. Additionally, the growing pot plants should be protected from excess moisture and extreme temperatures. Note that the buds of this hybrid can be very heavy and dense, and may require additional support to avoid weighing down the branches.

Flowering time is between 9-10 weeks. Growers can expect up to 20 ounces of high-quality consumable herb per plant.

Since Gelato is a predominantly indica hybrid, its medical benefits circle around the body. It is said to pack incredible levels of THC and CBD, making it an effective treatment for a whole range of illnesses and conditions. Gelato has been shown to ease inflammation, depression, and stress.

The hybrid is also a great painkiller. Gelato can treat chronic pain, migraines, and headaches. It has also been shown to be a great hybrid for seizures thanks to its strong anti-psychotic effects.

Other medical uses of Gelato include treating bipolar disorder, ADHD/ADD, arthritis, and PTSD. It may also fight insomnia, loss of appetite, anxiety, and cramps.

Although cannabis may provide relief to all these conditions, users are advised to talk to a professional before it for medicinal reasons.

Gelato may cause a cottonmouth, itchy, and dry eyes. Experienced cannabis users often ignore these reactions because they are mild and tend to disappear on their own. However, some users, especially beginners may find these effects a little uncomfortable. The good news is you can easily avoid these effects by drinking plenty of water before and after your session.

On rare occasions, Gelato weed strain may induce paranoia and dizziness. It has also been shown to trigger anxiety, especially if overused. For this reason, it is important to approach Gelato with caution, especially if you’re a novice smoker or new to the hybrid.

Overall, Gelato weed strain is ideal for both recreational and medicinal use. It is potent, amazingly smooth, and isn’t exceedingly overwhelming. It produces a strong surge of mental energy that’s perfect for creativity and motivation.

The strong and long-lasting effects delivered by Gelato make it a great strain for chronic pain and inflammation. The hybrid may also fight insomnia, loss of appetite, fatigue, stress, and depression.

Have you ever smoked Gelato weed strain? Please share your experience with the hybrid in the comments section below. 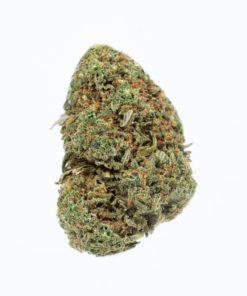 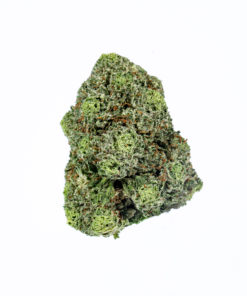