Lysergic acid diethylamide (LSD) is becoming prominent, meaning more people are likely to combine it with other illicit drugs. On the other hand, weed usually blends well with most recreational drugs in a non-hazardous way.

Combining LSD and cannabis is a polarizing activity and relatively non-toxic. However, the effects emerging from combining LSD and weed trigger effects are manageable for most people. The effects usually wear off within a few hours.

Combining LSD and weed gives a more substantial effect on both substances. As a result, some users love the combo, while others despise it because the consequences may be unpredictable. So let us dive in to understand LSD and weed!

What is LSD (Lysergic Acid Diethylamide)?

Lysergic acid diethylamide (LSD) is a synthetic chemical from ergot fungus that infects grain. The potent psychedelic drug is one of the most mood-changing chemicals that can produce delusions and visual hallucinations to distort a person’s sense of time and identity. Lysergic acid brings about intensified thoughts, emotions, and sensory perception.

High doses of LSD can cause hallucinogenic effects on the cognitive, visual, and auditory systems. An intake of a speck of LSD can trigger an experience lasting up to 12 hours. LSD is orally consumed, and users in-take it as droplets or on blotter paper. The acid is absorbed on the tongue and then swallowed.

Depending on the dose and purity of lysergic acid diethylamide, the users may feel a teeth-rattling psychedelic experience packed with amplified colour flows across their distorted perception. LSD can trigger a psychotic episode or rarely cause hallucinogen perception persisting disorder (long-term mental change), especially when mixed with other substances like magic mushrooms.

Potential Side Effects of Using LSD

Weed refers to the greenish-grey mixture of dried leaves, flowers, stems, and seeds from the Cannabis sativa plant. Weed is also referred to as marijuana, herb, pot, grass, bud, or Mary Jane.

Marijuana is termed a mind-altering intoxicant, stimulant, depressant, and psychedelic. It is consumed in different ways, such as: 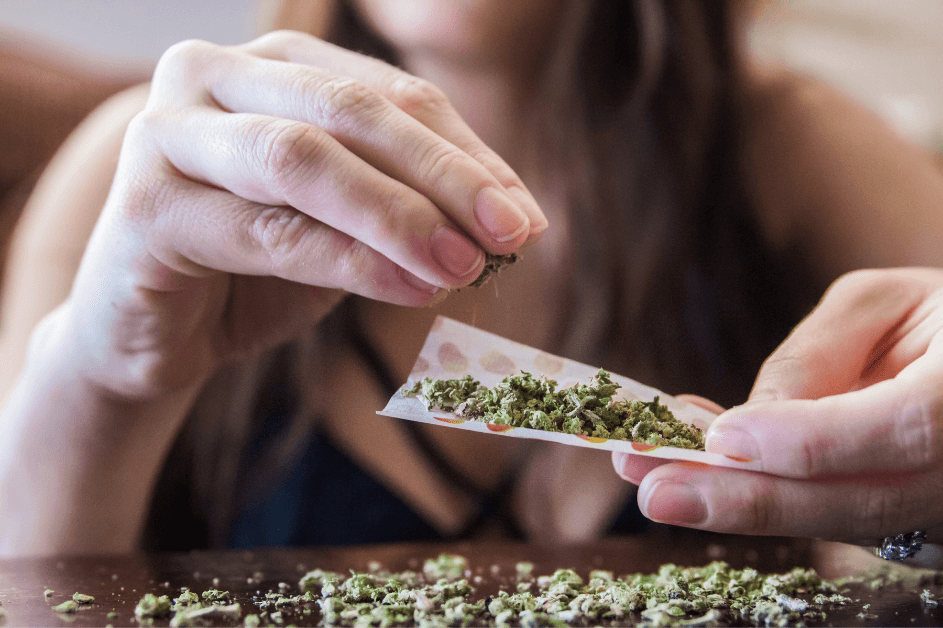 Potential Side Effects of Using Weed

Differences Between Cannabis and Acid: LSD vs. Marijuana

According to the National Institute on Drug Abuse (NIDA), Acid and Cannabis are mostly abused and combined out of the desire to create an intensified ‘high’ experience. Do these two drugs have any varying effects upon intake?

LSD produces very powerful delusions and hallucinations at minimal doses, whereas small amounts of weed may not pose any significant psychoactive substance effect.

Acid is a psychoactive substance mainly consumed orally through absorption on the tongue, whereas marijuana is consumed chiefly via smoking.

The effects of LSD can stretch out up to 12 hours, whereas weed effects typically last for less than 6 hours.

Is it Safe to Take Cannabis And LSD Together?

Some drugs pair well with anything, but mixing LSD with other drugs can be risky. For example, drug abusers combine cannabis and lysergic acid to create a new, more robust and potentially dangerous effect. LSD is non-toxic but powerful; therefore, tripping on lysergic acid with weed can create one of the most profound experiences.

LSD is considered to pose no significant serious physical consequences but individuals taking LSD and weed risk severe and emotional upset. In addition, the combination can result in poor judgment or potential severe consequences like accidents.

Smoking cannabis on LSD potentiates the effects of both substances. Weed and LSD are synergistic; marijuana can make hallucinogenic visuals more intense. On the other hand, smoking marijuana can make one start tripping again as they start to come down, thus, leading to an uncomfortable experience.

Some users dab the end of the marijuana cigarette in a manner where they place LSD on the lips, resulting in the substance being assimilated into the system to develop a powerful hallucinogenic effect. In addition, low-quality cannabis is laced with LSD to enhance its psychoactive effects.

Whenever lacing LSD with cannabis, it is crucial to note that LSD is highly potent, even in small amounts. It will produce a strong combined effect lasting up to 10 – 12 hours. 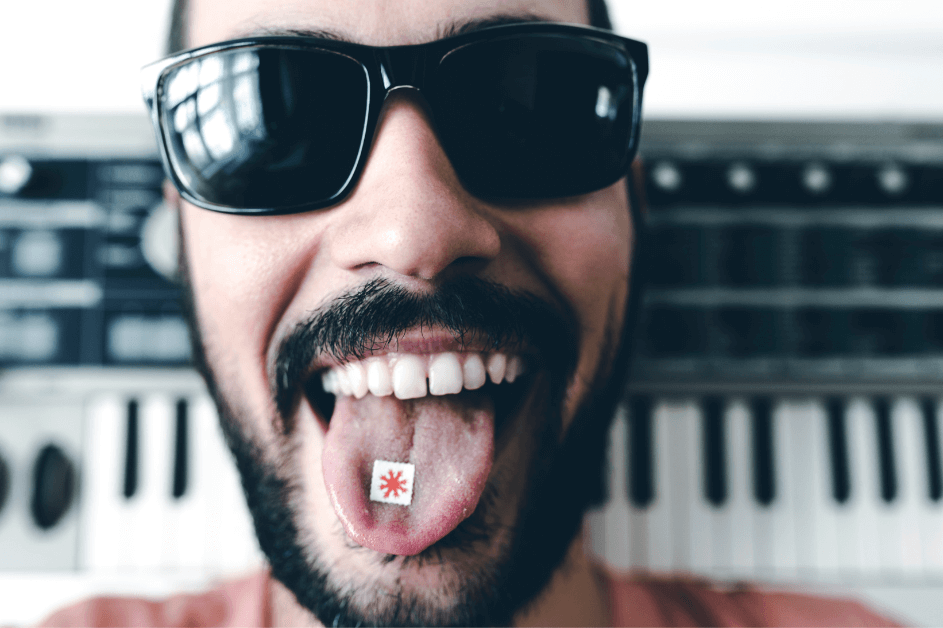 Benefits of Taking Weed With LSD?

Consuming marijuana flowers concurrently with LSD increases the effects of psychedelics. In addition, the combination optimizes the trip’s intensity dose-dependently.

Weed is termed to help with nausea that comes up while on LSD. Marijuana users combine with acid to relieve nausea, anti-anxiety, or elongate the experience.

How to Take Marijuana and Psychoactive Drugs Like Acid Safely

The two drugs may seem harmless, but they can be dangerous when used alone or together. Users taking marijuana and LSD together can lose control over their thoughts, feelings, and behaviours.

Therefore, the need to consider safely combining the drugs is as follows:

Drug use and substance abuse are common addictions among acid and cannabis users. A combination of LSD and weed can be manageable to some people, while others may undergo an overwhelming experience. LSD and weed are both classic psychedelics that initiate comparable experiences. Therefore, it is crucial to use the drugs with utmost safety.

Learn more in our blog section, only at Get Kush.

One thought on “LSD And Weed”

Recent Posts
Get Kush
Login with Facebook Login with Google